Thank you for your interest in our no cost confidential business counseling! We're excited to help. You are about to be taken to our scheduling portal to create an account. During this process, you will be asked to enter your business information. From there, you can register for events and request counseling. We look forward to hearing from you!
Schedule Appointment

It’s no secret that business owners often derive a personal meaning from their creations.  To some, it’s self-expression.  To others, a sense of purpose.  For entrepreneur Vera Hall, it’s economic and personal independence from a previous marriage.

Hall discovered at Alcorn University that she had a knack for constructing things from scratch.  During an assignment where students were instructed to create something, Hall didn’t feel like joining the majority of the class in working on a motor.  Instead she took to carpentry, leading other young women in the class to construct a screen door. 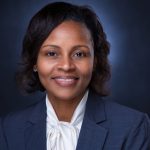 From there, she began to have an interest in antiques and refurbishing old homes, but never made the link to construction until after she separated from her contractor ex-husband.

“He told the judge that I was just a figurehead and that he needed the company,” Hall said.  “Out of humiliation and offense, I was going to prove to them that I’m no figurehead.”

From there, Hall hit the ground running, going on to obtain her construction and contracting licenses.  Founding Innovative Performance Construction, she initially ran the outfit out of her bedroom.

However, after years of slow and steady progress, as well as counseling and support from the Mississippi Small Business Development Center and the 8(a) Small Business Development Program, she’s been able to see considerable growth.  Whereas she might have been limited to working on $50,000 projects in the beginning, she now has the resources, certification, and personal experience to undertake projects bidding at $2,000,000.

When asked about how accomplishing such growth on a construction project as a woman of color feels, Hall shed light on its personal meaning to her.

“To me it means liberation,” Hall said.  “Confidence. It’s a level of independence that is unspeakable.”

Even through multiple challenges and hiccups, Hall has managed to bring the company through perilous economic situations such as the COVID-19 lockdowns.  With the help of the MS-SBDC, she applied for the EIDL grant and was able to use it to keep everything running smoothly.

As lockdowns have been lifted and business is returning to normal, Hall has set her eyes on the future once again.  She wants to undertake bigger projects in bigger cities in (likely) bigger states.  In order to do that, she plans to build new offices for the business in new areas, and doesn’t seem likely to let anyone else slow her down along the way.